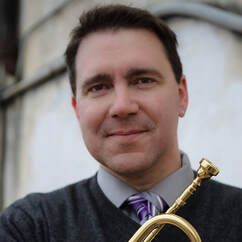 Chad Willis heads the brass department at Fullerton College where he teaches lessons and directs the jazz lab ensemble. He is a busy performer playing trumpet with Bob Mintzer, John Daversa, Gordon Goodwin and many others.  Willis spends part of the year on tour with The Manhattan Transfer and with Lyle Lovett. He is an alumn of USC's Thornton School of Music and the University of North Texas, where he played lead trumpet in the famous One O'Clock Lab Band. 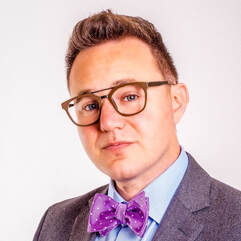 Elliot Deutsch is a busy arranger and composer. He has recently written arrangements for Martina McBride, ACCENT (featuring Arturo Sandoval), Take 6, The Kennedy Center Jazz Orchestra (directed by John Clayton) and the United States Air Force. Deutsch has toured extensively with Solomon Burke, Pato Banton, and The Urban Renewal Project, and performs with the wedding and corporate event band That Vibe. Since 2006 Deutsch has led the Elliot Deutsch Big Band, a 17 member jazz ensemble that has released three albums. He has earned an M.M. from California State University Long Beach. 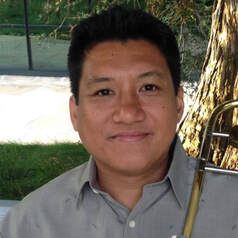 Michael Briones is a trombonist with experience in several styles of music. He  has performed with artists, such as the Backstreet Boys, the Brian Setzer Orchestra, Matthew Morrison from “Glee”, and Earl Klugh. Briones earned his Bachelor of Music from California State University, Long Beach and his Master of Music from Azusa Pacific University studying music performance at both schools. He coaches at several high schools in and out of Santa Ana, he has given several master classes, and he has several students who have achieved honor groups, including the Pacific Symphony Youth Orchestra and Wind Ensemble. Since 2013, Briones has coordinated Instrumental Music groups at Santa Ana College as well as the Applied Music program, directing the SAC Big Band and SAC Concert Band.